Who Is God - Who Does He Claim to Be?
Who is God? He's been described as everything from an impersonal life-force to a benevolent, personal, almighty Creator. He has been called by many names, including: "Zeus," "Jupiter," "Brahma," "Allah," "Ra," "Odin," "Ashur," "Izanagi," "Viracocha," "Ahura Mazda," and "the Great Spirit" to name just a few. He's seen by some as "Mother Nature" and by others as "Father God." But who is He really? Who does He claim to be?

Who Is God - Father God or Mother Nature?
Who is God? What has He revealed about Himself? To begin with, whenever He refers to Himself in parental terms, He always addresses Himself as "Father," never "Mother." He calls Himself "a Father to Israel,"1 and in one instance, when His "children" were particularly disrespectful to Him, He said to them, "A son honors his father, and a servant his master. If then I am the Father, where is My honor? And if I am a Master, where is My reverence?" 2

His prophets acknowledged Him as Father by saying, "You are our Father, we are the clay, and You our potter; And all of us are the work of Your hand,"3 and "do we not all have one Father? Has not one God created us?"4 Never once does God refer to Himself as "Mother" and never once is He called such by the prophets to whom He spoke. Calling God "Mother Nature" is comparable to calling your earthly father "Mom."

Who Is God - What Does God Care About?
Who is God in terms of moral attributes? What does God have to say about Himself in this regard? He says that He delights in justice and righteousness: "…Let not the wise man boast of his wisdom or the strong man boast of his strength or the rich man boast of his riches, but let him who boasts boast about this: that he understands and knows me, that I am the LORD, who exercises kindness, justice and righteousness on earth, for in these I delight."5 "For I, the LORD, love justice; I hate robbery and iniquity..."6

Justice and equity are very important to God. But so are grace and mercy. And so, while God will hold everyone accountable, each for their own lives, He extends His grace to the repentant sinner. He promises that, "'If the wicked man turns from all his sins which he has committed and observes all My statutes and practices justice and righteousness, he shall surely live; he shall not die. All his transgressions which he has committed will not be remembered against him; because of his righteousness which he has practiced, he will live. Do I have any pleasure in the death of the wicked,' declares the Lord GOD, 'rather than that he should turn from his ways and live?...I have no pleasure in the death of anyone who dies,' declares the Lord GOD. 'Therefore, repent and live.'"7

By "death" God is not referring to the physical death which we might have in mind. Rather, God is referring to something which will happen in eternity, after our physical deaths. The Scriptures refer to this event as the "second death."8 The first death separates us from our bodies and takes us from this world. The second death is different. It also entails a separation, but it's the separation of one group of people from another: the righteous and the forgiven on one hand and the wicked and the unrepentant on the other. The two groups will be judged separately.

The one group will be rewarded according to the good that they've done. Their evil deeds will be overlooked, forgiven by God. The other group will be judged according to the evil that they have done, and their good deeds will not keep them from their punishment. God says, "When a righteous man turns away from his righteousness, commits iniquity and dies because of it, for his iniquity which he has committed he will die." But "when a wicked man turns away from his wickedness which he has committed and practices justice and righteousness, he will save his life. Because he considered and turned away from all his transgressions which he had committed, he shall surely live; he shall not die. …Therefore, repent and live."9 In this way, God will see that justice ultimately prevails, but that mercy is given to the humble and the repentant.

God has made a provision for those who want to repent, a provision to atone for the sins of those who want to be made right with Him. He sent a "Messiah," a Servant who willingly suffered and died a vicarious death in order to pay for the sins of those who would repent and trust in Him. The Scriptures say, "Who has believed our message and to whom has the arm of the LORD been revealed?…Surely He took up our infirmities and carried our sorrows…He was pierced for our transgressions, He was crushed for our iniquities; the punishment that brought us peace was upon Him, and by His wounds we are healed. We all, like sheep, have gone astray, each of us has turned to his own way; and the LORD has laid on Him the iniquity of us all.…it was the LORD's will to crush Him and cause Him to suffer, and though the LORD makes His life a guilt offering, He will see His offspring and prolong His days, and the will of the LORD will prosper in His hand. After the suffering of His soul, He will see the light of life and be satisfied; by his knowledge my righteous servant will justify many, and he will bear their iniquities.…he poured out his life unto death, and was numbered with the transgressors. For he bore the sin of many, and made intercession for the transgressors." 10

Learn more about the Messiah! 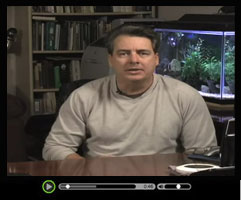 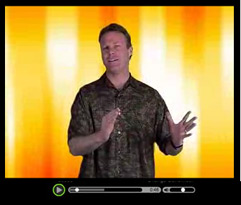