The Second Coming - What is it?
The Second Coming is when Jesus Christ will return to earth in fulfillment of His promises and to fulfill the prophecies made about Him. Jesus Himself promised, "At that time the sign of the Son of Man will appear in the sky, and all the nations of the earth will mourn. They will see the Son of Man coming on the clouds of the sky, with power and great glory" (Matthew 24:30). Revelation 19:11-12 proclaims this about the Second Coming, "I saw heaven standing open and there before me was a white horse, whose rider is called Faithful and True. With justice he judges and makes war. His eyes are like blazing fire, and on his head are many crowns. He has a name written on him that no one knows but he himself." 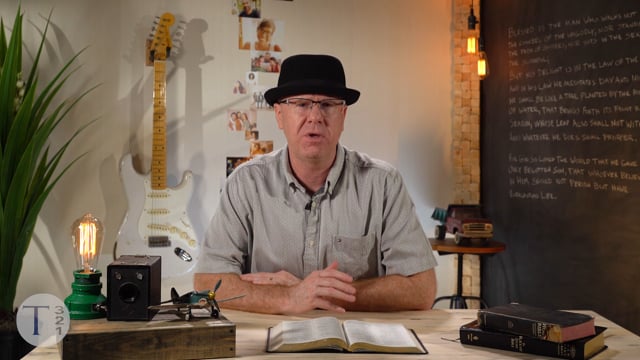 Those who witnessed Christ's ascension into heaven after his death and resurrection heard the angels declare in Acts 1:11, "Men of Galilee…why do you stand here looking into the sky? This same Jesus, who has been taken from you into heaven, will come back in the same way you have seen him go into heaven." The Second Coming is the literal return of Jesus Christ to earth as King in power and glory to rule for a thousand years (Revelation 20:1-6).

The Old Testament prophets did not seem to fully understand this distinction between the two comings of Jesus (His birth and His Second Coming) as seen in Isaiah 7:14; 9:6-7; and Zachariah 14:4. Those who argue that Jesus was not the Messiah because He did not fulfill all the Old Testament prophecies about the Messiah, fail to take into account the Second Coming of Christ, in which He will fulfill all the prophecies about the Messiah. Christ's first coming was to stand in our place and receive the penalty exacted for sin. His Second Coming will defeat sin for all eternity.

The second coming should also not be confused with the event referred to as the Rapture. The Rapture refers to a time when Jesus Christ will come to remove all believers from the earth (1 Thessalonians 4:13-18; 1 Corinthians 15:50-54). The church holds many positions on the rapture, but the Second Coming is undisputed. The Second Coming is the event when Jesus Christ returns to the earth to defeat evil and establish His reign of justice and peace.

The Second Coming is also important because it will come at the time when the world is most in need of a righteous King. Revelation chapters 6-18 describe the end times prior to the Second Coming of Christ. The world will be devastated, millions of people will perish, and the most evil person in all history will be ruler of the entire world. The Second Coming of Christ puts all this to an end. Revelation 19:15-16 says, "Out of his mouth comes a sharp sword with which to strike down the nations. 'He will rule them with an iron scepter.' He treads the winepress of the fury of the wrath of God Almighty. On his robe and on his thigh he has this name written: KING OF KINGS AND LORD OF LORDS."

The Second Coming - When is it?
Perhaps no event in the history of the world has been more anticipated than the Second Coming. Every generation of believers, including believers in the New Testament, has strongly believed that Jesus would return in their lifetime. 2 Thessalonians 2:1-2 tells us, "Concerning the coming of our Lord Jesus Christ and our being gathered to him, we ask you, brothers, not to become easily unsettled or alarmed by some prophecy, report or letter supposed to have come from us, saying that the day of the Lord has already come." Some are mistakenly frightened that they have missed the Second Coming. Others doubt that it will ever occur, "They will say, 'Where is this "coming" he promised? Ever since our fathers died, everything goes on as it has since the beginning of creation" (2 Peter 3:4). So, we must avoid both extremes: (1) believing that the Second Coming has already occurred, and (2) believing that the Second Coming will never occur.

Many Bible teachers have made guesses as to when the Rapture and Second Coming will occur. They have all been incorrect. The Bible declares, "No one knows about that day or hour, not even the angels in heaven, nor the Son, but only the Father" (Matthew 24:36). The Bible describes several events which must occur before the Second Coming (Matthew 24:4-29; 2 Thessalonians 2:1-12; Revelation chapters 6-18). So, we are to anticipate the Second Coming, but have a biblical understanding of it. We are not to set dates and times, but live our lives as if it could happen any day, any moment. Matthew 25:19-21, "After a long time the master of those servants returned and settled accounts with them…His master replied, 'Well done, good and faithful servant! You have been faithful with a few things; I will put you in charge of many things. Come and share your master's happiness!'"

Are you ready for the Second Coming of Christ?