History of Satan – Where did he come from?
The history of Satan is described in the Bible in Isaiah 14:12-15 and Ezekiel 28:12-19. These two biblical passages also reference the king of Babylon, the King of Tyre, and the spiritual power behind the kings. 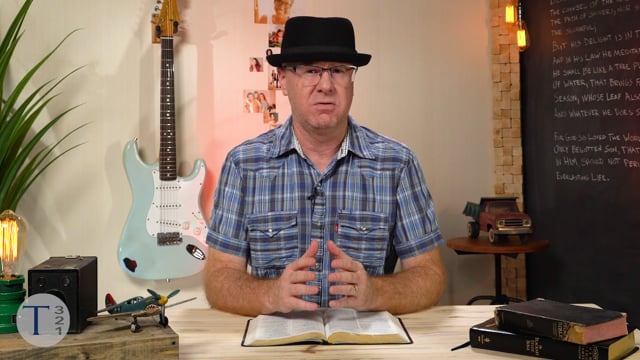 What caused Satan to be cast from Heaven? He fell because of pride that originated from his desire to be God instead of a servant of God. Satan was the highest of all the angels, but he wasn’t happy. He desired to be God and rule the universe. God cast Satan out of heaven as a fallen angel.

History of Satan – Who is he?
Satan is often caricatured as a red-horned, trident-raising cartoon villain; no wonder people question the history of Satan. His existence, however, is not based on fantasy. It’s verified in the same book that narrates Jesus’ life and death (Genesis 3:1-16, Isaiah 14:12-15; Ezekiel 28:12-19; Matthew 4:1-11).

Christians believe Satan acts as leader of the fallen angels. These demons, existing in the invisible spirit realm yet affecting our physical world, rebelled against God, but are ultimately under His control. Satan masquerades as an “angel of light,” deceiving humans just as he deceived Eve in the beginning (Genesis 3).

Jesus Himself testified of Satan’s existence. During His ministry, He personally faced temptation from the devil (Matthew 4:1-11), cast out demons possessing people (Luke 8:27-33), and defeated the evil one and his legion of demon angels at the cross. Christ also helped us understand the ongoing, spiritual war between God and Satan, good and evil (Isaiah 14:12-15; Luke 10:17-20).

With Jesus Christ on our side, we need not fear Satan’s limited power (Hebrew 2:14-15). We ought to be wise, however, in resisting his tactics:

“For though we live in the world, we do not wage war as the world does. The weapons we fight with are not the weapons of the world. On the contrary, they have divine power to demolish strongholds. We demolish arguments and every pretension that sets itself up against the knowledge of God, and we take captive every thought to make it obedient to Christ” (2 Corinthians 10:3-5).

History of Satan - What is his place now?
Throughout the history of Satan, evil has been his identity because he is directly opposite God’s character. God’s holy standard found in the Bible exposes evil. If not relying on its truth, we can easily error: Any of these approaches please the devil. He wants us denying, fearing, obeying, or worshiping him. Unless we follow the trustworthy source, the Bible, he’ll deceive us (Ephesians 6:10-11).

History of Satan - Satan’s seduction versus reality
In our scientific, rational age, spiritual beliefs are scorned as myth. Satan, however, doesn’t mind those who rebuff the reality of fallen angels or demons. By masking himself, he can tempt and deceive people without blame. The wise will never forget that Satan and demons, determined to deceive humans, are fighting real battles and wars against heavenly angels.

Satan compels or entices his prey to follow him whether they realize it or not. Maybe they are simply ignorant and confused. Many would rather believe human theory than obey divine revelation and natural law. Whether blind, bound, or brazenly willing, they join Satan for a doomed destiny. They condemn themselves to eternity in hell.

While Satan is more powerful than we humans, God doesn’t leave us defenseless (Ephesians 6:10-11). At the Lord’s rebuke, Satan and his demons shudder and flee (James 2:19; Jude 1:9). When Jesus Christ died, He overcame them (Colossians 2:15). Only in the authority of Jesus does anyone have power to stand against the devil. Those saved from sin by Jesus’ death on the cross are protected; those who are not saved from Satan’s power perish with him (John 3:16; 1 Peter 5:8-10).

Who will you spend eternity with? Have you accepted the fact that you are a sinner and that Jesus died on the cross and rose again?

Learn More About Eternity With God!

WHAT DO YOU THINK? - We have all sinned and deserve God's judgment. God, the Father, sent His only Son to satisfy that judgment for those who believe in Him. Jesus, the creator and eternal Son of God, who lived a sinless life, loves us so much that He died for our sins, taking the punishment that we deserve, was buried, and rose from the dead according to the Bible. If you truly believe and trust this in your heart, receiving Jesus alone as your Savior, declaring, "Jesus is Lord," you will be saved from judgment and spend eternity with God in heaven.

AllAboutGOD.com Videos
There are hundreds of videos right here on AllAboutGOD.com covering many of the topic pages on the site. Watch Here
Home  |   About Us  |   Support Us  |   FAQ  |   FAQ 2  |   Sitemap
Terms of Use  |   Privacy Policy