Unpardonable Sin - Where is it found in the Bible?
The Bible passages that deal with unpardonable sin are listed below:

Luke 12:10 says, "And everyone who speaks a word against the Son of Man will be forgiven, but anyone who blasphemes against the Holy Spirit will not be forgiven."

Unpardonable Sin - What is it?
The unpardonable sin is sometimes called the "unforgivable sin" or "blasphemy of the Holy Spirit." Let's begin by defining the word "blasphemy." It can be defined as "defiant irreverence" and would constitute cursing God or degrading Him. It could also mean relating evil to God.

Matthew 12:31-32 is referencing Jesus performing miracles in the power of the Holy Spirit. Through these miracles, it is very clear that Jesus is the promised Messiah. In this passage, the Pharisees claimed that Jesus was empowered by a demon named Beelzebub (Matthew 12:24). They were connecting Jesus and the Holy Spirit's power to Hell, not heaven. Jesus was saying this was the blasphemy of the Holy Spirit - it was unpardonable. They had rejected Him.

It appears that the situation of this unpardonable sin against the Holy Spirit existed only while Christ was ministering on earth. The unpardonable sin, like the one in Matthew 12, cannot be committed today. We are not able to attribute to Satan the miracles of God, as performed by Jesus Christ.

However, when people reject Jesus Christ and His gift of eternal life, they are in a sense committing the unpardonable sin of unbelief. Anyone who desires to be saved by God's grace, has not committed the unpardonable sin. However, a person who lives in rejection and unbelief until his death, will not be pardoned. This person will spend an eternity in hell apart from God. 2 Corinthians 7:10 says, "Godly sorrow brings repentance that leads to salvation and leaves no regret, but worldly sorrow brings death." Those who sincerely desire God's forgiveness will receive it! All you need to do is to believe that Jesus died for your sins and rose three days later. Then you confess and repent of your sins and ask Jesus into your life as your Lord and Savior. You are then saved by grace through faith. 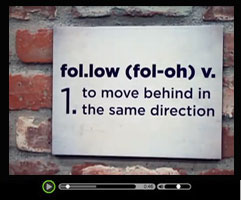