Story of Lucifer – His Origin
To find the origin of Lucifer, we turn to the Old Testament. In the Hebrew, the name Lucifer is translated from the Hebrew word "helel," which means brightness. This designation, referring to Lucifer, is the rendering of the "morning star" or "star of the morning" or "bright star" which is presented in Isaiah. "How you are fallen from heaven, O Day Star, son of Dawn! How you are cut down to the ground, you who laid the nations low! You said in your heart, ‘I will ascend to heaven; I will raise my throne above the stars of God; I will sit on the mount of assembly on the heights of Zaphon; I will ascend to the tops of the clouds, I will make myself like the Most High’" (Isaiah 14:12-14). 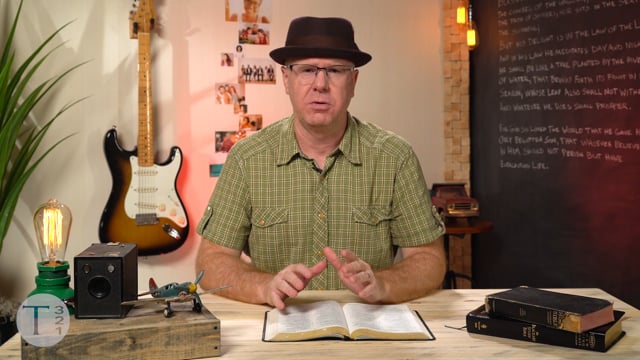 The context of this passage is a referral to the king of Babylon as presented in his pride, splendor and fall. However, it is to the power behind the evil Babylonian king that this is actually addressed. No mortal king would claim that his throne was above that of God or that he was like the Most High. The power behind the evil Babylonian king is Lucifer, Son of the Morning.

Story of Lucifer – His History
Lucifer is just another name for Satan, who as head of the evil world-system is the real, though invisible, power behind the successive rulers of Tyre, Babylon, Persia, Greece, Rome, and all of those evil rulers that we have seen come and go in the history of the world. This passage goes beyond human history and marks the beginning of sin in the universe and the very fall of Satan in the pristine, sinless spheres before the creation of man.

We also see this same motif in Ezekiel: "Moreover the word of the LORD came to me: Mortal, raise a lamentation over the king of Tyre, and say to him, Thus says the Lord GOD: You were the signet of perfection, full of wisdom and perfect in beauty. You were in Eden, the garden of God; every precious stone was your covering, carnelian, chrysolite, and moonstone, beryl, onyx, and jasper, sapphire, turquoise, and emerald; and worked in gold were your settings and your engravings. On the day that you were created they were prepared. With an anointed cherub as guardian I placed you; you were on the holy mountain of God; you walked among the stones of fire. You were blameless in your ways from the day that you were created, until iniquity was found in you. In the abundance of your trade you were filled with violence, and you sinned; so I cast you as a profane thing from the mountain of God, and the guardian cherub drove you out from among the stones of fire. Your heart was proud because of your beauty; you corrupted your wisdom for the sake of your splendor. I cast you to the ground; I exposed you before kings, to feast their eyes on you. By the multitude of your iniquities, in the unrighteousness of your trade, you profaned your sanctuaries. So I brought out fire from within you; it consumed you, and I turned you to ashes on the earth in the sight of all who saw you. All who know you among the peoples are appalled at you; you have come to a dreadful end and shall be no more forever" (Ezekiel 28:11-19).

This passage seems to be addressed to the "king of Tyre." In reality, it goes beyond the king to the one who is behind the evil king of Tyre. This passage also has near and far prophecy about Lucifer/Satan because although his final end is already sure, it has not happened yet and it occurs after the final judgment (Revelation 20:7-10). In both the Isaiah passage and the Ezekiel passage, the representation is not of Lucifer/Satan as confined to his own person but his working in and the consummating of his plans through earthly kings and rulers who take to themselves divine honors and who, whether they actually know this or not, rule in the spirit and under the aims of Satan. "For our struggle is not against enemies of blood and flesh, but against the rulers, against the authorities, against the cosmic powers of this present darkness, against the spiritual forces of evil in the heavenly places" (Ephesians 6:12). Satan is the principality behind the powers of this corrupt world system.

Notice the statement that is given in the passage in Ezekiel, "the anointed cherub." These statements could never apply to a human king but, they do apply to Lucifer/Satan who is behind the human king. This angel is the highest creature the LORD ever created. The LORD says of him, "You were the seal of perfection, full of wisdom, and perfect in beauty." Satan was the wisest creature God ever created. No other angel, no other being was created with the intelligence that God gave to this creature. God says that this creation is "perfect in beauty." Apart from the Holy Trinity; Father, Son and Holy Spirit, this creature is today the highest being.

In verse Ezekiel 28:14 it says, "You were the anointed Cherub." This tells us we are not talking about a human king. The word cherub is singular for cherubim. The cherubim are symbolic of God's Holy presence and His unapproachable majesty. These cherubim occupy a unique position. The "anointed cherub who covers" is the picture given to us in the Garden of Eden after Adam and Eve had been sent out and God had placed cherubim to guard the way of the tree of life. Also, when Moses made the mercy seat and placed it into the tabernacle's Holy of Holies, God's glory came and dwelt between the cherubim. They "covered" the mercy seat with their wings. So we now see that Satan was a cherub and his position was to guard the very throne of God. His position was that of protecting the holiness of God. Satan had the highest of all positions, a position which he despised and lost. We have here in Ezekiel a picture of the highest of God's creatures, perfect in wisdom, beautiful beyond description, a musician and on top of all that, he was given this high, exalted position. But, this creation, with all of these wonderful attributes also had a free will. One day, God says to this marvelous creature, "Iniquity was found in you."

Story of Lucifer – His Status
What kind of iniquity was found of him? In the book of Ezekiel, God has let us stand with Him at the very beginning, to see the origin and the creation of Satan. But, why does God say this? What is this iniquity? We must look back to Isaiah 14:12, which tells us of Lucifer/Satan's choice. "I will ascend to heaven; I will raise my throne above the stars of God; I will sit on the mount of assembly on the heights of Zaphon; I will ascend to the tops of the clouds, I will make myself like the Most High." Did you notice in this passage all of the "I wills. " He said he would exalt his throne above the stars of God. The word "stars" here does not refer to what we see in the night sky. It refers to the angels of God. In other words, "I will take over heaven, I will be God." That is Lucifer/Satan's sin and that is the iniquity that was found in him. He does not want to be God's servant. He does not want to do what he was created to do. He wants to be served and there are millions who have chosen to do just that; serve him. They have listened to his lies and chosen to follow him. Eve believed the lie that she would be like God. The reason Lucifer/Satan tempted her with that was because it is the very thing that he wants -- to be God.