Prodigal Son - A Reality for Many Christian Parents
The Prodigal Son is a reality for many of us. In the journey of life, we soon realize there are no guarantees as Christian parents. No matter how hard we strive to teach our children about God and His Word, and no matter how often we pray for our children to discover Jesus Christ and His message of salvation, some decide to reject it all! Even in those families where God is loved, trusted and glorified, children sometimes rebel and run from their roots! 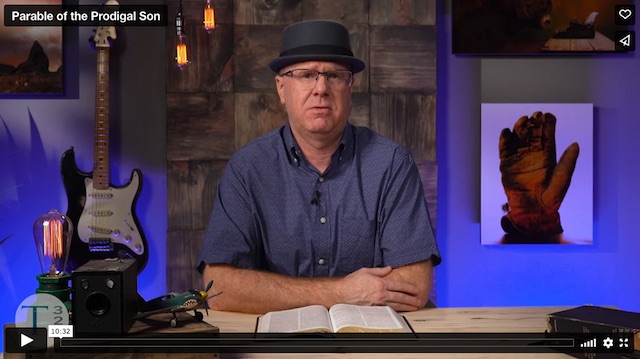 Prodigal Son - A Story from the Old Testament
The story of the Prodigal Son has been around for thousands of years. In 2 Kings 18:5, we learn that Hezekiah trusted the Lord more than any other king of Judah. As such, it's logical to assume that his son, Manasseh, was brought up to love and trust the Lord. However, when Manasseh became king at the age of 12, he immediately turned against God and "did evil in the sight of the Lord" (2 Chronicles 33:2). Manasseh was truly wicked, committing all sorts of idolatry, sorcery and immorality, including the sacrifice of his own sons to pagan gods. Later, after Manasseh and the people of Judah had been taken in chains to Babylon, he finally turned back to the one true God that his father had taught him about. God heard Manasseh's cry and brought him back to Jerusalem. After years of rebellion, God was still loving and merciful to Manasseh, when he finally recognized that God alone was Lord.

Prodigal Son - A Story from the New Testament
The Parable of the Prodigal Son in the Gospel of Luke is familiar to most of us. It's the story of a rebellious son who rejects his father's upbringing. Prideful and strong, the son heads-off to a far-away land, leads a wild life of adventure, and squanders everything of value (literally and symbolically). Not until he's confronted with failure and despair, does he return home, repentant and willing to do anything to win back his father's favor. To his surprise, and the surprise of others, he's welcomed, without question, into his father's loving and forgiving arms. No amount of time, no amount of money, and no amount of rebellion could get in the way of the father's patience and unconditional love for his son. "For this son of mine was dead and is alive again; he was lost and is found" (Luke 15:24). Of course, the awesome message of this parable is that God is patient and gracious with all of His children. He is willing to welcome each of us home into His loving and forgiving arms.

Prodigal Son - Trust God and His Promise
The road to God for each Prodigal Son is different. However, as the two stories above tell us, we should never give up - no matter how far away they seem! God gives us these examples in scripture so that we realize that our children may turn against God. He also gives us instruction on how to dig in spiritually for our prodigal children: Be in constant prayer, always lead by example, and follow through with love and grace, no matter how despairing things get. Remember God's promise to those who raise children in a Christian home: "Train up a child in the way he should go: and when he is old, he will not depart from it" (Proverbs 22:6, KJV).

WHAT DO YOU THINK? - We have all sinned and deserve God's judgment. God, the Father, sent His only Son to satisfy that judgment for those who believe in Him. Jesus, the creator and eternal Son of God, who lived a sinless life, loves us so much that He died for our sins, taking the punishment that we deserve, was buried, and rose from the dead according to the Bible. If you truly believe and trust this in your heart, receiving Jesus alone as your Savior, declaring, "Jesus is Lord," you will be saved from judgment and spend eternity with God in heaven.

AllAboutGOD.com Videos
There are hundreds of videos right here on AllAboutGOD.com covering many of the topic pages on the site. Watch Here
Home  |   About Us  |   Support Us  |   FAQ  |   FAQ 2  |   Sitemap
Terms of Use  |   Privacy Policy