God Is Just – What does it mean?
The Bible tells us that God is just. This means that He is fair and impartial. It also means that He hates the ill-treatment and oppression of people and of nature, which He has created. He hates lying, cheating, and other forms of mistreatment of others. The fact that God is just means that He can and will judge between right and wrong and He will administer justice in accordance with His standards.

Many times in the Bible God is pictured as a judge. The Bible says that He will one day judge the world. Many of us shy away from the thought of God as a judge because the examples of justice that we see on earth are flawed: some judges are corrupt and, even when their intentions are good, they can make mistakes. However, the fact that God is just assures us that when He acts as a judge, He will administer justice perfectly. His ability to do this involves other aspects/attributes of His character, including His ability to discern the truth in every situation and see into the hearts and minds of men, His wisdom, His strength, His authority, and His moral character in establishing what is right and wrong.

If there is an all-powerful, all-knowing Supreme Being who is inherently just and who will act as our judge, what does this mean for humans like you and me? It means that our actions on earth and our attitudes toward God will ultimately be judged. This is a very serious concern since we have all fallen short of God’s perfect standards and we must pay the penalty for those shortcomings (Romans 3:23, Romans 6:23). Fortunately, we also know that God is a God of mercy. In His mercy, He has provided a way for us to be reconciled with Him and to meet His standards. He has provided a substitute who was willing to pay our penalty if we are willing to accept that arrangement. He did this through the death of His Son, Jesus Christ, who died to cover the penalty we would have to pay for our wrongdoing (Romans 3:24). All we have to do is accept this substitution. Then the God who is both just and merciful will forgive and forget our shortcomings. The Bible tells us He will even accept us and treat us as His children and His heirs. When God presented His Son Jesus as a substitute to pay the penalty for our wrong doing, the Bible says He did it to demonstrate His justice: “...so as to be just and the one who justifies those who have faith in Jesus” (Romans 3:26).

God Is Just - What does this mean after I have accepted His Son’s sacrifice?
Once you have been reconciled to God and He sees you as one of His children, the fact that God is just means that He wants you to be just and act justly. The prophet Micah summed this up by saying, “What does the Lord require of you, but to do justice, love mercy and walk humbly before your God?” (Micah 6:8). Repeatedly throughout the Bible, God warns His people to treat others fairly, particularly those who may be in less fortunate situations such as widows, orphans, the poor, and aliens or strangers. Jesus’ teachings go even further, telling us to love one another and to do good to those who mistreat us (John 13:34, Luke 6:27-28).

The fact that God is just can also provide you with peace when you are dealing with difficulties in your life or witnessing painful injustice. You can be confident that God’s justice will ultimately prevail. The fact that the all-powerful and all-knowing God is also just means that evil will ultimately be dealt with authoritatively and decisively.

God Is Just - If God is just, why do we see so much unfairness on earth?
Where we see injustice on earth, it is at the hands of men, not of God. God has given men free will, but most men do not exercise it responsibly or in a way that lines up with God’s character as a just God. As discussed above, the time will come when God will judge the world and the people in it. He will dispose of evil and injustice and He will punish those who have turned away from Him and His standards. However, in His wisdom, He is not doing that yet. The Apostle Peter tells us that God is waiting because He is patient and wants everyone to have an opportunity accept His Son’s sacrifice rather than paying the penalty that justice requires for their sins (2 Peter 3:9). 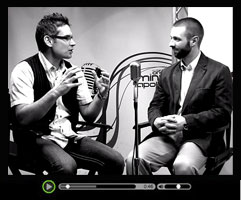